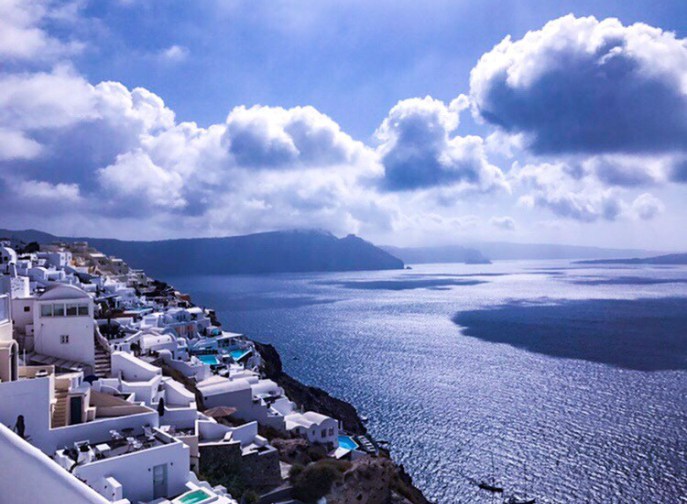 How To Get Banned From Greece 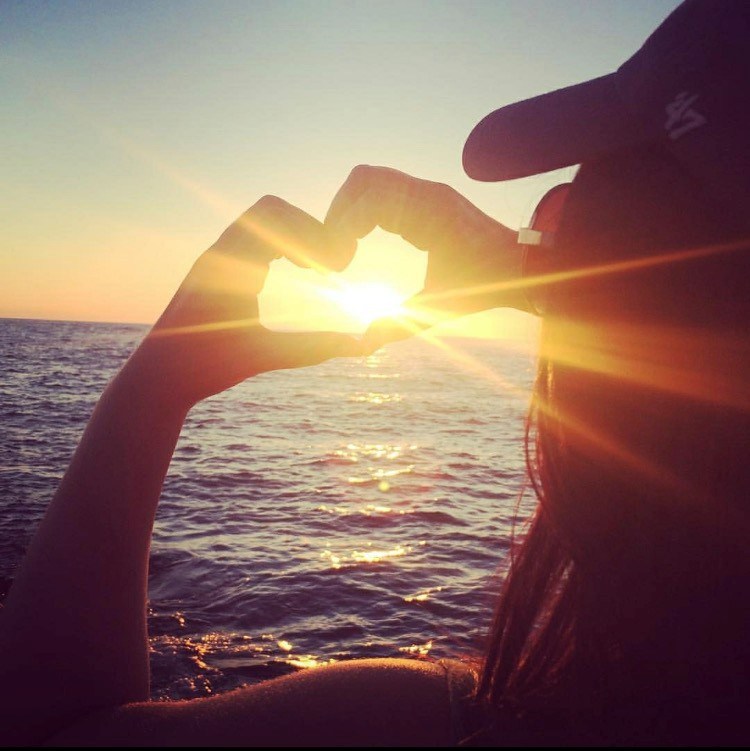 Published by Rach from Hookups and Handshakes

Rach is an adrenaline junkie, amateur chef, wannabe Sommelier, travel addict from the 313, who happens to book wine induced, impromptu flights abroad. Her stories will have you laughing for days!

When anyone asks me about my trip to Santorini, it can go one of two ways.  The first version is a typical “ohmygod, Santorini was soooo beautiful…” bull-s.  The real version, to no surprise of my close friends is a little less typical and a little more NSFW.

Let’s start from the beginning.  I had no intention of visiting Greece anytime soon, or really traveling anymore for the rest of the year.  But one quick visit back to the Mitten and many drinks with friends changed all that.

Over Labor Day, I drove to Detroit for a wedding.  My first night back in town, I ended up catching up with two of my guy friends’ for drinks.  Now, I’ve been friends with these guys for the better part of a decade and could expect the amount of trouble we would get into.  It always goes down with this crew.  Fast forward a few hours and a few too many shots of whisky later, we decide to write a list of five counties, toss them inside a hat and play Russian roulette.  I’m not sure at this point we even knew what was going on, because the next thing I know I’m getting out of an Uber, heading into a strip club and downing bottles of Dom.  But the best cure for a raging hangover?  Waking up to an email confirming your flight to Athens.

A few weeks later, my buddy arrives in Chicago and I make a comment that I will continue to laugh about for months, “if neither of us dies, OD’s or gets arrested, I will consider this a good trip”.  Knowing both of us, we couldn’t make any promises.

Neither of us planned any detail of our trip, but did make a drunken last-minute decision to book a budget flight with Aegean Airlines from Athens to Santorini for the week. 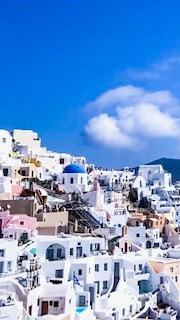 On our flight to Athens, I hit the economy class jackpot; an ENTIRE row of seats to myself.  But as we’re both a little buzzed anyway, my buddy sits down in the seat next to me, we down four mini bottles of wine, pop a few Xanax and pass the F out for the next eight hours.

We finally land in Santorini, exhausted as all hell and the reality hits that we haven’t booked a place to stay.  We hightail it the “visitor’s desk”, which if you’ve ever flown into Santorini, you know that this airport has two gates and the airport is tiny AF.  Lucky for us, we were traveling during shoulder season so we had no issue finding somewhere to stay.  We booked a room for the next week at Andromeda Villas Luxury Hotel in Imerovigli.  The views at this hotel are what Santorini dreams are made of.

The following morning, when we both feel like real humans again, we rent an ATV and head out to explore the island.  Santorini is bigger than I expected and renting an ATV is a cheaper, faster and more convenient way to visit the most famous island in the Cyclades.

After spending the day exploring Oia we head back to our hotel for a few ‘tails before heading to Fira so my buddy could buy a swimsuit.  Because it’s totally normal to head on vacation without one (yes, let me insert an eye roll).  After we complete this chore, we head to happy hour and bar hop around Fira.

A few hours later, we arrive back at our hotel to freshen up and chill at the bar for a few more cocktails before dinner.  Since the restaurant was only a few blocks from our hotel, we decide to drive the ATV back to Fira to get crazy.  It was Saturday night after all.  Now, I am NO proponent for drinking and driving, ever.  But at this point in the night I was ok with us driving to Fira and leaving our ATV parked for the night.

Walking back into Murphy’s we order a round and head out to the patio.  A few moments later a server walks over and hands up a shot and informs us that they came from the bartender.  We walk back inside to introduce ourselves and the night immediately turns into a downward spiral.  With every round of drinks we order, at least three shots followed.  But I guess this is what you get when you tip ten euros per round.  Everyone in the bar is staring at us wondering who the hell the unicorn Americans are who can throw back drink after drink. 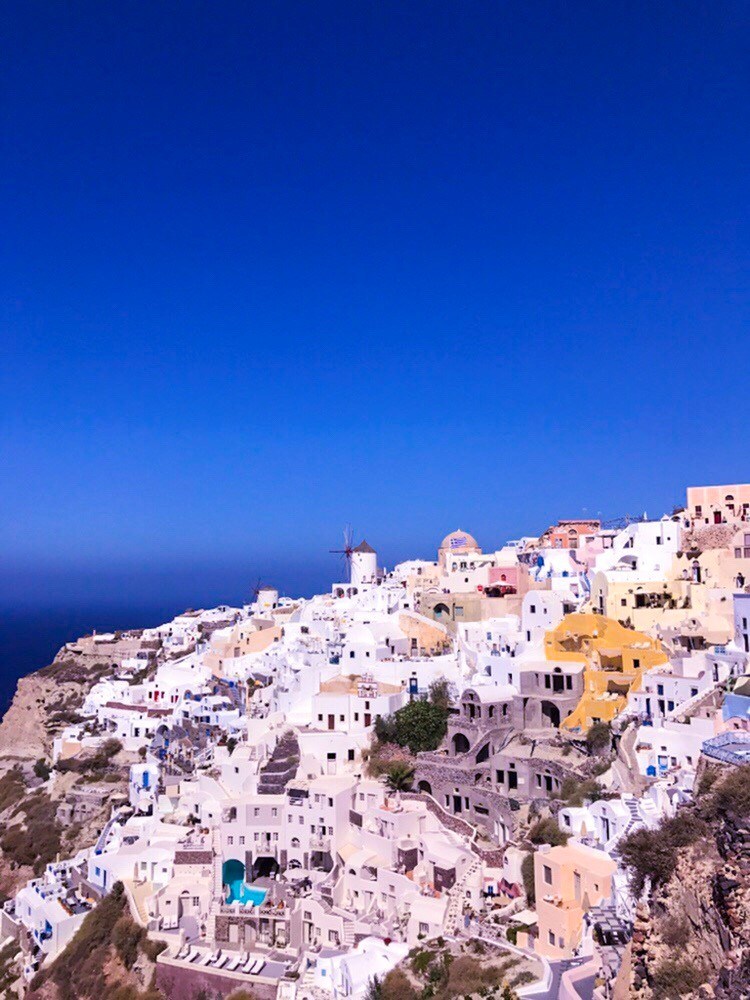 Toward the end of the night we try to catch last call on the way to get gyros.  No one and I mean no one would let us into a bar, let alone serve us a cocktail.  We officially got kicked out of Fira.

As we are standing in line to grab food, by buddy takes off running down the road.  And I am pissed.  Later I find out that in his mind, he was going to grab the ATV to pick me up before heading back to our room (this was NOT my plan).  I finish my gyro and head to try to find a cab.  I’m not at all proud of how hammered I was but I couldn’t even unlock my phone to figure out where I was staying.  I told this poor cab driving that I was staying in Imerovigli and he continues to drive around before I jump out of the car and throw cash at him.  I face plant in the bed.  I was done.

I couldn’t have been passed out for more than an hour when I wake up to someone banging on my hotel room door with a flashlight looking through the window.  I open the door and this old man start frantically screaming at me in broken English, “Jail.  You go to jail.  Right now.  Friend.  Jail.”.  Okay, cool.  The old man from the front desk calls me a cab to take me to jail.  I have no idea what’s going on, I’m beyond fucked up and this is the last thing I want to deal with.

I arrive at the police station where an officer is waiting for me.  He takes one look at me, laughs and tells me that I too, am very drunk.  No shit buddy.  I walk in and see a look that I don’t think I will ever thetrave_tthbetausert.  My friend is sitting on a bench, while two Syrian Refugees are chilling on a mattress in a jail cell, helping the other officer look up YouTube videos.  He takes one look at me and I just bust out laughing.  He is trying to tell me how smoking hot the one refugee is, the cop is yelling at him to shut up.  I mean, how is this my life?  How did he even get here?

In his belligerent state, he thought he was more than ok to drive us home.  In his attempts to come pick me back up in Fira, an older man ran a stop sign and T-boned him causing the ATV to flip and roll down a hill.  The old man, who could only scream in Greek, called the cops.  This was a pretty gnarly accident and later I learn that his BAC was a .3.  My immediate thought was, oh fuck, how are we not dead right now?  The road rash on the entire left side of his body was on an entire different level.

I hand over my passport to the officers as they try to explain what happened and what needs to happen for me to bail him out of jail.  Let me tell you, this was the most lax shit ever.  The cops were in the process of issuing three tickets, one for the accident, one for the DUI and one for the ATV not having insurance.  Since it was now early on Sunday morning, the cops informed us that we would have to wait until Monday morning to pay the tickets.  A little while later one of the officers pulls me outside and tells me that we really don’t to pay one of the tickets since we don’t have the Greek tax ID number, the ticket for not having insurance was the responsibility of the ATV owner, however, we would need clearance from the US Embassy to enter Greece otherwise we would be detained at the airport.  I still wasn’t sure I comprehended this information correctly but the sun was rising and I needed to crash.

After chilling at the police station, trying to keep my cool, the officers let us go.  The sun is rising, we are pretty much in the middle of nowhere and there are no cabs  anywhere.  The cops, being cool as hell, offer to drive us back to our hotel.  Cool by me.  And maybe a few hundred Euros are left in the back of the cop car, you know, just to help the situation out a little.

Once we get back to our room and get over the entire “what the hell did we get ourselves into tonight”, it was time to crash.  I mean, the sun was up and we could hear people walking to go get breakfast.  This wasn’t how I usually like to spend a Sunday Funday.

In the early afternoon, we finally braved the sunshine and desperately needed food.  Once we made it the bar, the woman at the front desk approached us and lets us know that the owner of the ATV was waiting for us.  I have the most horrified look on my face and my friend leaves to take care of it.  An hour later, he shows back up and tells me the ATV owner, not the little 5’5 guy who rented to us, picked him up, drove him to the garage and handed him a 800 euro bill for the damage.  We had 48 hours to pay up.  Completely exhausted and mentally drained, we spent the rest of Sunday napping in the cabana, while the story of how the drunken American got arrested made its way around Andromeda.  Later on in the afternoon, our favorite bartenders show up and we explain what happened and showed them the three tickets.  The bartenders laugh at us and tell us to make sure we leave Santorini and head back to Athens before the week is up and avoid paying.  The officers were right however, we were not going allowed to travel back to Greece without contacting the American Embassy.  The decision was made, we were going to hightail is off the island…in a few days.

A few days later as we settling up our bar tab, the woman at the front desk must have called the owner of the ATV because he showed up at out hotel within minutes.  He wanted him money for the damaged, which my friend gladly paid and we high tailed off that island.

Fast forward a few months later, I receive a call from an unknown Greek number and my buddy receives a Facebook message from the ATV owner wanting us to pay for the no insurance ticket that we bailed on.  Needless to say, we had a good laugh but it looks like we’re not heading back to Greece anytime soon.  Cheers. 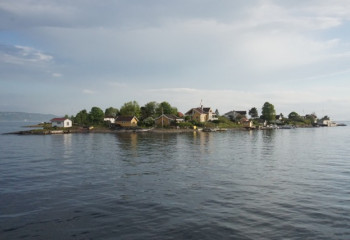 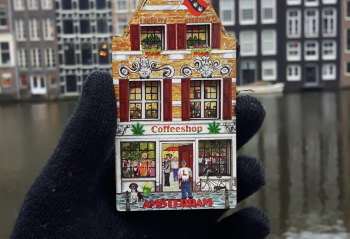