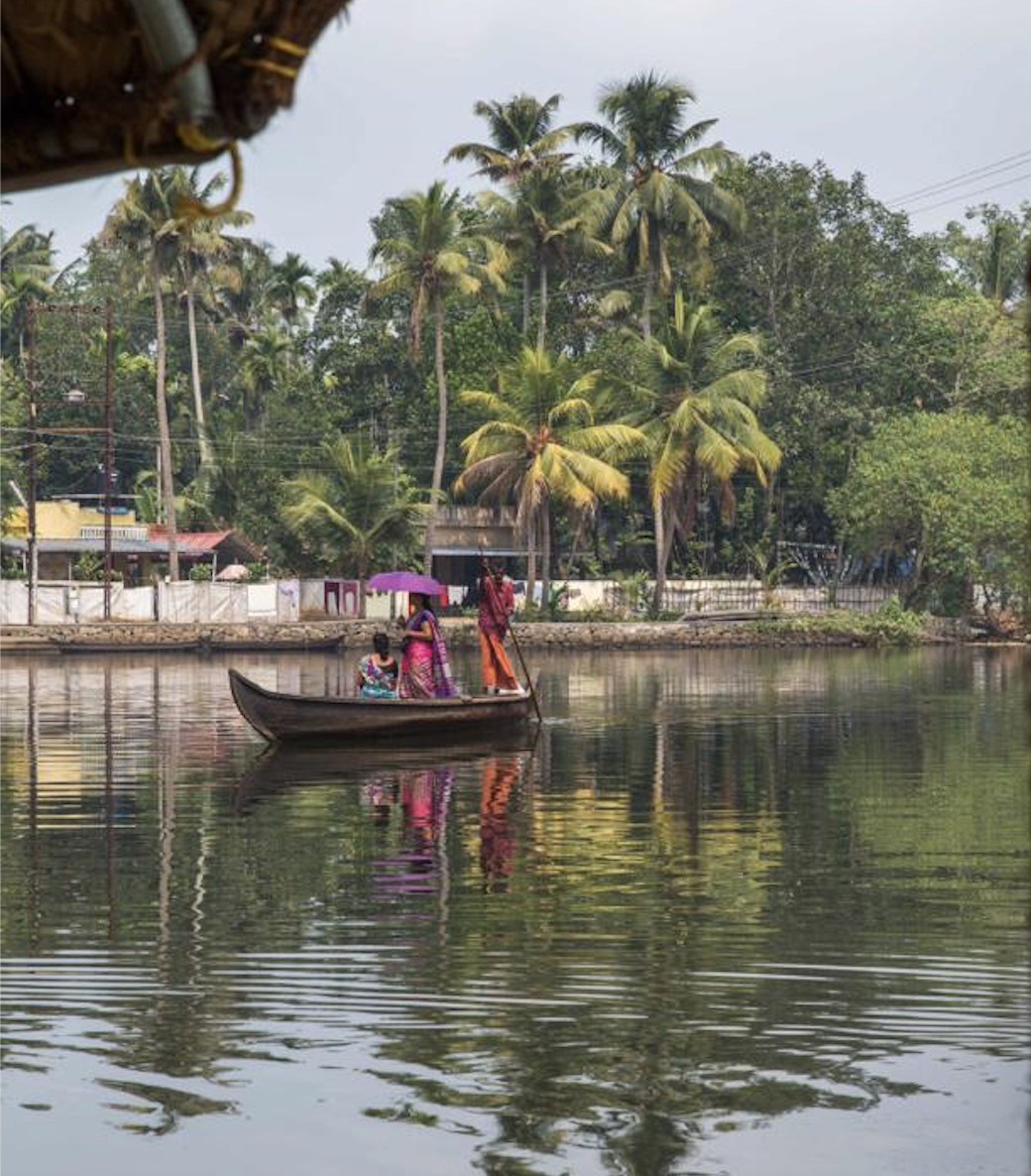 After a hectic couple of weeks in the golden triangle and Varanasi, and with my newly accidentally dyed pink hair from Holi celebrations, we took a domestic flight down to Kerala in Southern India for some chill out time.  The contrast of Kerala to what we had seen in the jungle and the cities was dramatic. It was so lush and green here, and the calming effects of being surrounded by water was felt in the atmosphere.

We decided to stay in a small hotel next to the sea called 36 palms. It has a lovely swimming pool right next to the sea, Ayurvedic massage treatments and they can also arrange cooking lessons and other activities. The local yoga school also run early morning and evening yoga sessions - they come to the hotel so that you can do the class on the outside area next to the pool and right by the sea. The sound of the waves can be heard throughout the yoga session which adds to the experience.  There is a small restaurant that does cheap home cooked dinners which were absolutely mouthwatering. Kerala is abundant with freshly caught fish, deliciously flavoured with Indian spices. Kerala also has strict alcohol laws - the locals generally don’t drink alcohol and only the larger hotels sell it, so this was also a nice opportunity for a bit of a detox!

We organised a beautiful tour of the backwaters with a small local company called Muziris Holidays - Mr. Lal, the owner, was an amazing guide, and very proud of his beautiful Kettuvallam (also called a Rice Boat), which transported us around the stunning tropical backwaters of Kerala.  As we were the only ones on the boat, we also had the opportunity to drop off at a small village in Cochin where a family showed us how their house, and how they make garments to sell using a loom which was subsidised by the government, as well as sampling the fruit, herbs and spices in their garden.  The boat trip was definitely a fantastic way to experience the backwaters and a highlight of our time in this stunning part of India.

During our time here, we also took the opportunity to walk along the coastline - it was a great way to see everyday life in the fishing villages. The enormous Chinese fishing nets are dotted all along the shoreline, and are a unique sight in India. They were introduced by Chinese explorers in the 14th century, and can require up to six fishermen to operate them.  Women laying small fish out to dry in the sun that the men had caught, was also a regular sight.

The people in Kerala were very friendly, and visitors are received with a warm welcome.  The backwaters of Kerala are so calm, tranquil and tropical - it was the perfect end to a very busy trip in India. 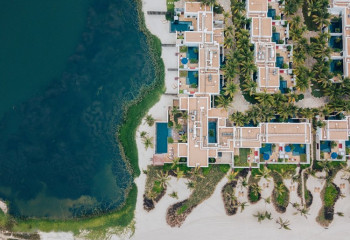 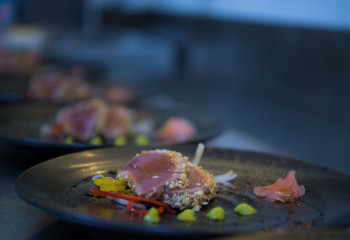 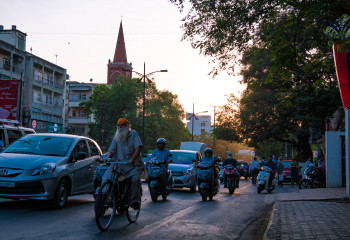